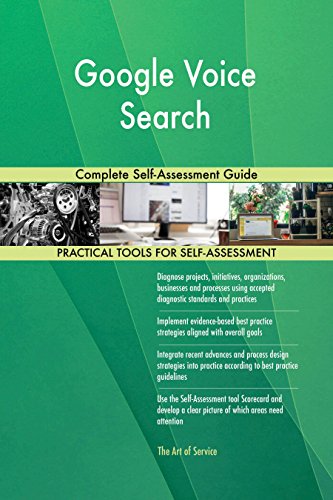 Google has created some amazing things over the years, but one of their more recent inventions may be the best of them all!  Google Voice Search allows people to search Google by speaking into their smartphone or computer instead of typing the information that they need into the search engine box.

Google Voice Search was originally known as Voice Action, back when it was only accessible to those who had an Android phone.  However, as time went on, this feature was improved into the amazing product that it is today.

In the beginning, people could only use Google Voice Search while using the English language, but other languages were incorporated after a while.  Now, at least sixty languages are available with this voice search option.

Currently, people can use Google Voice Search on Androids, iPhones, and iPads, as well as on devices where they have Google Chrome and at least Windows 8.  Google Chrome will let a person use the voice search feature automatically, but for everything else, people will need to install the Google app. This is quite easy to do and should take less than a couple of minutes.  Once a person has the app installed, they will be ready to search for directions, create reminders, or ask Google any question that they have by just using their voice.

Obviously, voice searches are quite popular, as it means that people do not need to stop what they are doing to type anything into their computer or smartphone.

Prime examples of this include:

There is one downside to Google Voice Search and that is the fact that not many websites have taken the time to be Google Voice Search friendly!  This is not a good thing, because those companies are losing out on a lot of business. The reason for this is that their websites do not contain the phrases that people utilize when they are doing a Google Voice Search.  It has been determined that people will ask Google their question differently than they will type it in. Most of the time there are extra words, as people do not mind speaking in full sentences. This is completely different when the same people are typing and looking to get their answer without needing a lot of keystrokes.

While a person can do a million different things to change their website so that it is more Google Voice Search user-friendly, they are better off utilizing the data that they receive from the new machine learning analysis.  Google now uses machine learning and when a person starts asking questions about a certain person or thing, Google remembers that for subsequent searches. That means that a person can ask about a specific person and then substitute that person’s name with he or she in the next couple of questions and Google will know who they are talking about.  That means that machine learning is going to be helpful for both website owners and those who plan on doing voice searches a lot.

Google Voice Search is quite similar to Apple’s Siri, Window’s Cortana, and even Google Now, but most people agree that it is the best out of the four.  The reason for this is that it uses natural language processing, better known as NLP.

While Google currently offers data analytics for many of their platforms, including being able to track offline conversions and those conversions that take place across multiple platforms, there may be a time when they offer it for this as well.  Businesses should be hopeful that voice query data will be available someday soon, because that will allow them to see how many people are successfully finding what they need during their voice searches. If they see that their numbers are dropping, along with their rankings, then they will know that they need to make changes to their website to make it even more user-friendly for voice searches.

Every person who has a website should take the Google Voice Search platform seriously, because voice searches have increased tremendously over the years.  According to an internet trends report, a person is thirty-five times more likely to utilize a voice search than they were back in 2008. And that number is still at seven times more likely than the numbers that were available in 2010.  Currently, it is estimated that at least out of every five searches are done via voice and that number is likely to increase to every one out of two searches within the next year.

Helpful Hints for Optimizing a Website for Google Voice Search

Technology is only going to continue to expand and improve in the future, which means that everyone will need to keep up with it.  Those who choose to stick with the old instead of embracing the new will find themselves losing out on customers and losing profits as well.  Therefore, everyone will want to begin preparing for voice searches, as it is the way of the future.

No comments to show.