Skip to content (Press Enter)
HomeBusiness SolutionAudits: What They Are and Why Are Invaluable 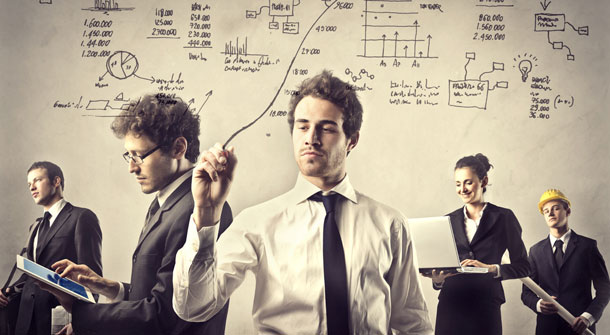 Most business owners have plenty of fears that keep them awake at night. After all, if the jobs market is volatile enough to spawn ‘creatively’ written complaints on the internet, then the volatility of creating jobs is equally as unpredictable. However, just by keeping a level head, it is completely feasible to survive a competitive market and continue expanding.

The challenges faced can be varied enough in day to day life to keep every business owner on their toes. Even so, there are always times where you or indeed any business owner can call in outside help to assist in facing what can seem like a never ending pile of tedious problems. A field marketing company can be indispensible when trying to launch a new product for example.

So what are Audits?

However, it’s worth looking at audits specifically. Thanks to television, it’s easy to view audits as something inherently bad. By dictionary definition, an audit is an investigation into a company’s accounts, books and the like. This is usually performed in detail by an outside company.
The reason these happen are usually when the company in question is being investigated for fraud or something similar

What audits can do

The most well-known case of auditing revealing such high levels of corruption was with a company called Enron in the United States of America. Enron was founded in 1985 by a man named Kenneth Ass after a merge between InterNorth and Houston Natural Gas and entered the market as an energy company.
Between 2000 and 2001, share prices for Enron peaked at ninety dollars and seventy five cents. Later, toward the end of the year in 2001, the stock value plummeted to less than one dollar. The shareholders decided to file a forty billion dollar lawsuit against the company. The U.S Security and Exchanges Commission (which aims to protect investors, maintain fair, orderly and efficient markets) was tasked with auditing Enron to learn what had caused the stock value to free fall so quickly.

The truth behind what was found revealed a level of corruption so deep that it almost had no precedent. It did however force the US government to introduce new legislation that was designed to regulate auditing companies. Beforehand, audits could be performed in house and forced very few, if any, penalties for altering or destroying documents that are necessary for auditing.

High level executives within Enron were basically lying about their profits in a measure to keep their stock price high. By destroying financial documents and shifting a staggering six hundred million dollars’ worth of debt into subsidiary companies in order to hide it they were able to artificially manipulate the stock price. When the company declared bankruptcy, an audit of the company’s assets began, revealing that the accounting firm, banking investors and high level staff were all paid handsomely to lie about exactly what money was being made.

In two particularly distasteful manoeuvres, Enron created a deal with Blockbuster to allow a service that streamed films online, except the deal fell apart after eight months. At the same time, Enron loaned one hundred and fifteen million dollars from a Canadian bank with the promise of a return on investment that would be generated with the money earned from the deal with Blockbuster.
During its expansion and growth, Enron also forced two power shortages in California in a bid to dramatically increase the demand for electricity and thus boost the amount of income generated.

Eventually, the audit headed by the S.E.C revealed it all, the executives that didn’t commit suicide were handed prison sentences and Enron was no more.

Another interpretation of ‘Audit’

Whilst quite an interesting story (a more detailed version can be found here), this isn’t all that audits account for. There are ones more useful to a business owner. Auditing can be viewed as a means of gathering information. If you happen to have the capital to run a large shop or operation, auditing your equipment and set up can help you ensure the flow of information between shared systems is smooth and reliable. Getting a retail audit done can be tedious alone, but certainly not impossible. By analysing the data you gather, you can more easily find any potential flaws in your systems and fix them. Nobody likes working with flawed tools. To this end, using award winning services, provided by Tactical Solutions, removes a huge workload from your shoulders and can significantly smooth out and flaws in your long term goals.